An “organic” move from Toros Agri

Toros Agri added organic fertilizer to its product portfolio in line with the principle of offering all kinds of fertilizers needed by farmers. Aiming to grow in the organic and organomineral fertilizer markets in which increased market potential is expected due to changing agricultural policies; Toros Agri acquired 70 percent of Gönen Yenilenebilir Enerji Üretim A.Ş. to this effect. After completion of the acquisition process, the plant will start to produce organomineral fertilizers with an additional investment that is still ongoing. Thus, Toros Agri will not only expand its capacity in the organomineral market that it entered two years ago, but also respond to the changing needs of farmers by adding organic fertilizers to its product portfolio.

Gönen Integrated Facilities producing renewable energy and organic fertilizers through the integration of biogas and fertilizers was selected as the best in the world by the ADBA (Anaerobic Digestion & Bioresources Association) based in England in 2016.

Stating that fertilizer constitutes one of the most important elements of a sustainable future in the field of food, Gigin explained that the agricultural lands in Turkey had been weakening day by day in terms of organic content; and therefore, Toros Agri added organomineral fertilizers to its fertilizer portfolio two years ago in order to meet this deficiency. Gigin said that they considered the decision to enter organic fertilizer production not only as an investment made in a developing market, but also as a contribution to the sustainability of our country’s agriculture. Gigin also stated that Gönen Integrated Facilities would be added to the 37,4 MW electricity generation capacity owned by Toros Agri at its Samsun and Mersin plants and the generation process at such facilities would reduce the Group’s carbon footprint by 70 thousand tons per year.

The way will be cleared for Toros Agri

Speaking at the ceremony, Hakan Göral the Board Chairman of Toros Agri drew attention to the importance of ensuring the safety of raw materials in the fertilizer industry and stated that the acquisition of Gönen Enerji had cleared the way for Toros Agri in the field of organomineral fertilizers. Göral added; “Organomineral fertilizers is one of the areas that we want to grow in. This investment will contribute to the efficiency of our factories in the field of specialization by products, and further increase our competitive power in the market as well. Increasing our product diversity will also be one of our priorities in the upcoming period”.

Alper Önoğlu, the co-founder of Gönen Yenilenebilir Enerji Üretim A.Ş. said that they aimed to establish environmentally-friendly and sustainable facilities in terms of both their products and production models since the very beginning. Önoğlu pointed out that at Gönen Integrated Facilities, they used 100% local technology developed by Altaca Enerji as a result of their R&D activities that they conducted since 2009. Saying that the merger with Toros Agri, Turkey’s leading company in the fertilizer industry with its high quality standards, corporate structure and values, exactly served their objective and visions;  Önoğlu added that this decision would allow for significant improvements for the future of both companies. 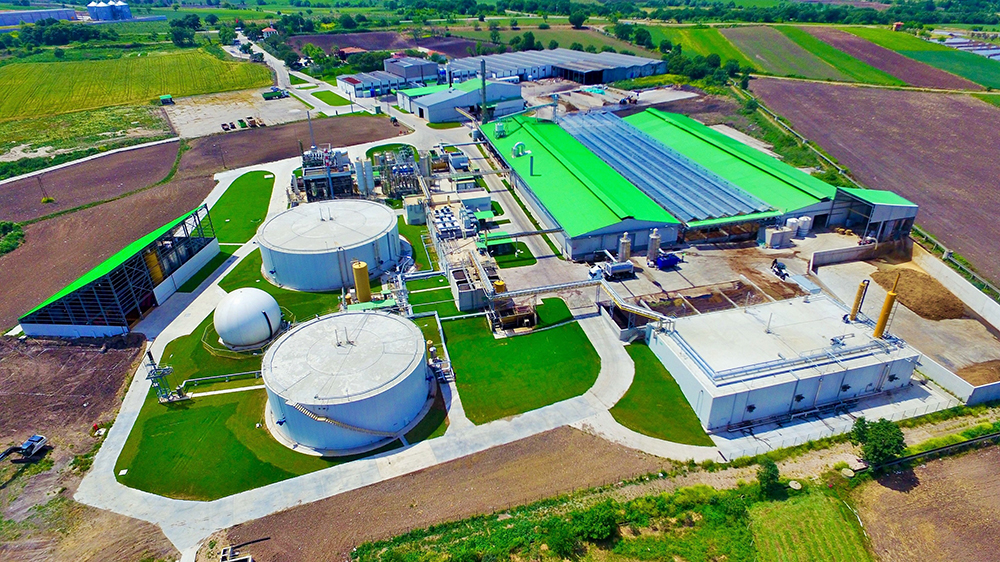 Headquartered in Balıkesir, Gönen, the company Gönen Yenilenebilir Enerji Üretim A.Ş. was established by Alper and Taner Önoğlu brothers in 2011 in order to produce electricity, synthetic oil, humic acid and organic fertilizers from biogas. All of the raw materials used in the facilities are supplied from cattle and poultry farms, agricultural businesses and food factories in the vicinity. The facility that is completely environmentally-friendly with its zero liquid waste discharge, advanced flue gas treatment and heat recovery system also plays a very effective role in eliminating the environmental pollution in the region through the disposal of 400 tons/day of organic wastes, in addition to the economic value created by the electricity and organic fertilizers produced. The facility thus provides 70.000 tons of carbon dioxide equivalent emission reduction per year. Having 3,62 MW installed electricity generation capacity and 15.000 tons/year of solid organic and 10.000 tons/year of liquid organic fertilizer production capacity, the facility will be able to produce 35.000 tons of organomineral fertilizers per year once the additional investment is completed.