Toros Agri added a new accolade to its series of achievements by claiming the “İKMİB Stars of Export Award” for the fourth time in chemical fertiliser exports. Having previously won the same award between 2017 and 2019, Toros Agri increased its exports by 33% to 455,418 tons in 2020. The company also exported to 11 different countries, from India to Spain, in 2020.

Recognizing an environment-friendly production as one of the most important conditions of a sustainable future, Toros Agri was awarded the “Basic Level Zero Waste Certificate” by the Provincial Directorate of Environment and Urbanization of the Governorship of Adana for establishing a zero waste management system at its Ceyhan Plant and Highway Facilities.

Tekfen Holding has become the only Turkish company in 2020 to enter the global ‘A’ list in both the Climate Change and Water Security Programmes of the CDP (Carbon Disclosure Project), the world’s biggest environmental reporting platform.

Toros Agri, the “Industry Stewardship Champion” of the International Fertilizer Industry Association (IFA) in 2019, has been given this award for a second time in 2020 due to its high performance in occupational health and safety, environmental management and energy efficiency. Toros Agri will continue to set an example for fertilizer producers worldwide with its practices in the field of sustainability.

Toros Agri, the fertilizer export champion for the last two years, signed an agreement to acquire the sales and distribution operations of Nutrien, the world’s largest fertilizer producer, in Romania.

A new role for Toros from IFA, the umbrella organisation of the fertiliser industry

Toros Agri is Export Champion for the 3rd Time

Tekfen Among Turkey's Leaders in Climate and Water

We continue to create value in our cooperation with universities

A giant step towards perfection

Esin Mete, From Toros Tarim Society, Elected the President Of the IFA 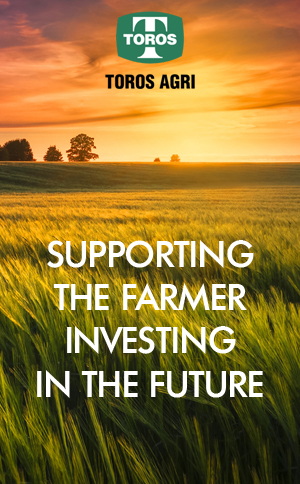